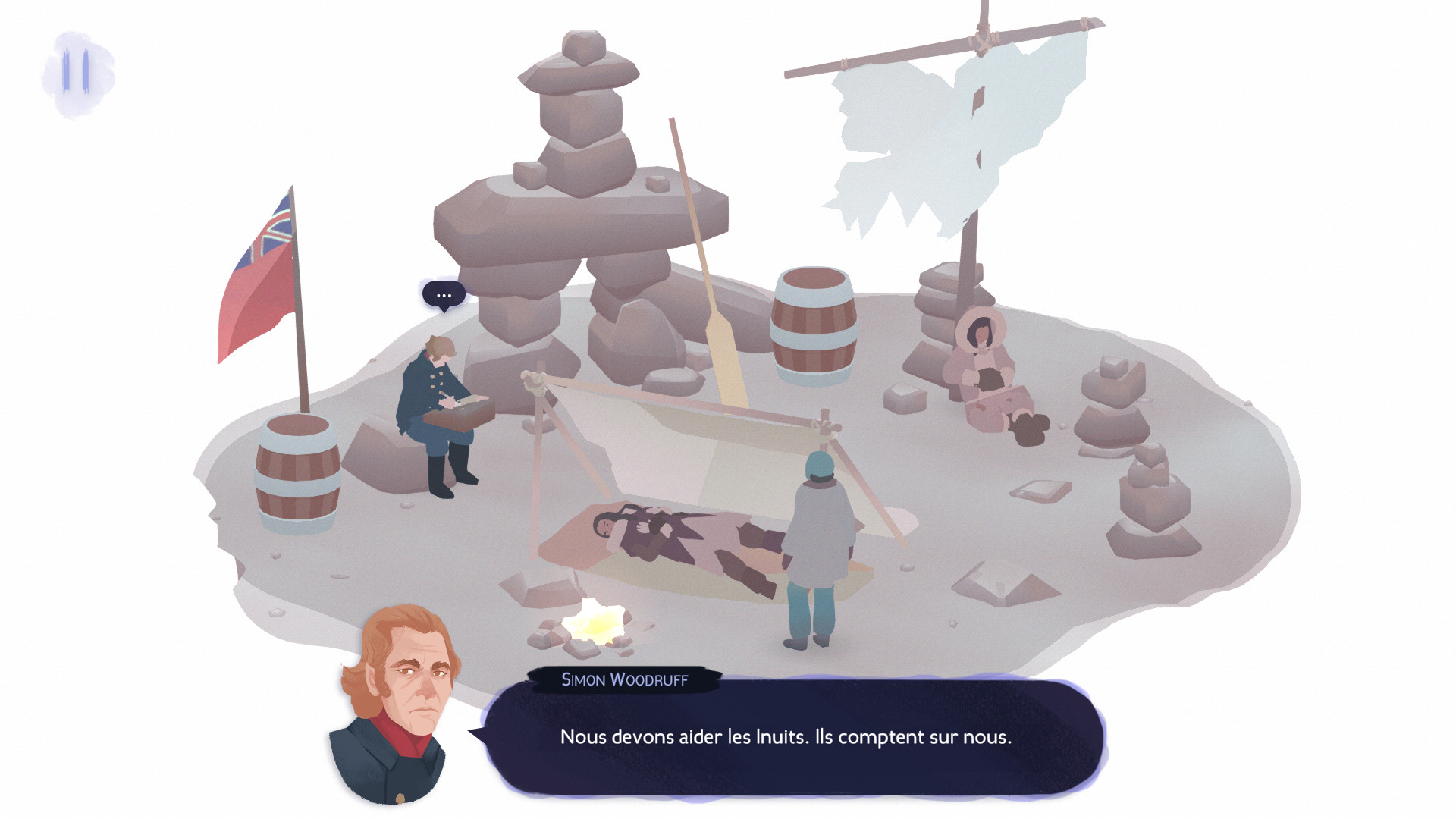 Inua is a mystical point & click adventure about three protagonists with intertwined fates, living decades apart in the Great North. Explore Time & Space, gather ideas and manipulate their minds to change the course of History.

Inua is a mystical narrative adventure spanning several time periods in the Canadian far north.
Follow the story of Taïna, Peter and Simon, three characters separated by more than a century but whose destinies are mysteriously intertwined with Nanurluk, the great polar bear.
10 000 thousand years ago, nanurluk lived peacefully with her cubs? One day, motivated by ambition and their desire to show their superiority, humans attacked her. After a long and dire hunt, Nanurluk was slain ,disturbing the balance between man and nature.
Navigate through time and instill ideas into the minds of characters to bring back harmony to the world.

Of time and space

Travel to the Canadian far north, navigate between the ages and interact with the past to change the present. Inua, will have you unravel space-time to solve puzzles and guide the characters. Each level is made up of several scenes that take place in the same location, but at different times. As you move from scene to scene and era to era, you will uncover events from the past. You will be able to breathe new ideas into the characters to help them overcome the obstacles that stand in their way and change the course of history.

An epic of historic proportion

The original and supernatural scenario of Inua is based on a very real story: that of the Franklin Expedition, a British mission in the 19th century set to explore the then unknown Arctic. Shipwreck, illness, mutiny: by gathering clues, you can shed light on the tragic destiny of this expedition, whose fate is still largely unknown..

Inua is a coproduction by The Pixel Hunt, IKO and ARTE France.
The game will be accessible in early 2022, on PC, Mac, iOS and Android.